BIOMASS - potential for growth, November 16th...
Tuesday, 17 October 2017 08:22
Popular:
Conference on Biomass within the fair RENEXPO® Western Balkans in Belgrade: A conference on biomass was held on April 20th in Belgrade, within the fair RENEXPO® Western Balkans. The conference pointed out the potentials for the use of biomass in Serbia, and presenters introduced the modern technologies. The president of the National Biomass
Germany in 2016 received a third of electricity from RES: In 2016, Germany has been using more renewable energy sources (RES) than ever before, and almost a third of the electricity has received from the RES, writes portal Renewable Energy World. The article stated that, according to the analysis of the
The Steering Comitte of the BioRes project and a workshop on informing users of woody biomass: On April 13th and 14th, the fifth meeting of the Steering Committee of the BIORES Project - Sustainable Regional Supply Chains for Woody Bioenergy was held, organized by the Regional Energy Agency of Northwest Croatia. The main topics of the meeting,
SAVE THE DATE - VISIONS OF BIOENERGY: WHAT ?Come and hear about Europe’s visions of bioenergy, from both the institutional and the grassroots perspectives. Organised by AEBIOM, in the frame of the BioRES project, Visions of Bioenergy - Bringing Local Initiatives to Brussels gives you the opportunity
Regional workshop on "How to enhance the use of bioenergy in the Balkans": Regional workshop on "How to enhance the use of bioenergy in the Balkans" was held on November 24th and 25th 2015 in the Radisson Blue Hotel in Belgrade, organized by the Ministry of Agriculture and Environment of the Republic of
The International Conference "Biomass - potential for growth" has ended: In the organization of the Assembly of AP Vojvodina, the Assembly of European Regions (AER) and the National Biomass Association SERBIO, more than 200 domestic and foreign participants, representatives of various levels of government, experts in the field of energy,
Visions of bioenergy - the transfer of local initiatives in Brussels: The last conference of the BioRes project took place on May 11th in Brussels. The event was organized in a premise of the Bavarian representative office in EU, in an exclusive location close to the European Parliament. BIORES decided to organize
BIOMASS - potential for growth, November 16th and 17th, 2017: Dear Sir/Madam, The National Biomass Association SERBIO, together with the Assembly of AP Vojvodina and the Assembly of European Regions, is organizing an international conference "Biomass – potential for growth", on November 16th and 17th, 2017 in Novi Sad. We invite you
Biomass – cost-effective replacement for gas and mazut: Heating Plants in Serbia usually use gas and mazut, which are expensive because of the import. In case of problems of supply, eight plants don’t have alternative to gas. A couple of pilot projects shows that biomass could be the
BioRES training on the mountain Tara: „Sustainable regional suply chains for woody bioenergy“ On Tuesday, November 22nd the National Biomass Association SERBIO, in cooperation with the PE National Park „Tara“ and the Finnish Institute for natural resources „Luke“, held a training on sustainable supply chains for woody
Specialized professional services provided by the National Biomass Association SERBIOO

VAT reduction for pellets and briquettes 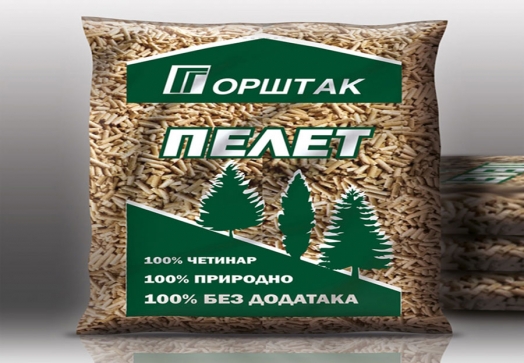 According to the Draft Law on Amendments to the Law on Value Added Tax, the trade and import of wood briquettes and pellets are going to be taxed at a special VAT rate of 10%.

According to the proposal, which is adopted and forwarded as urgent by the Government of the Republic of Serbia to the parliamentary procedure, the reduction of VAT for trade and import of wood briquettes and pellets from the current 20 to 10 percent, should contribute to an increase in employment in this field, which will also compensate the loss based on the reduction in the state budget.

It is proposed to apply the amendments of the Law on VAT from January 1st 2017.

Written by  Serbio
Tweet
Tagged under
back to top