World's first high-altitude floating solar farm...
Monday, 02 August 2021 12:35
Popular:
Biomass – ecological and economical heating, which Serbia has yet to meet: The National Biomass Association SERBIO held the latest in a series of this year's information days on which citizens of Serbia got to know the possibilities and advantages of biomass heating. It was held in the framework of the Novi
"Green technologies" in the EU and Serbia: Ecology is becoming increasingly profitable area as evidenced by billions invested in that area and millions of new jobs. "Green technologies" form 2.5 percent of the GDP of the European Union, and have brought 3.5 million jobs and are in
The Steering Comitte of the BioRes project and a workshop on informing users of woody biomass: On April 13th and 14th, the fifth meeting of the Steering Committee of the BIORES Project - Sustainable Regional Supply Chains for Woody Bioenergy was held, organized by the Regional Energy Agency of Northwest Croatia. The main topics of the meeting,
BioRES training on the mountain Tara: „Sustainable regional suply chains for woody bioenergy“ On Tuesday, November 22nd the National Biomass Association SERBIO, in cooperation with the PE National Park „Tara“ and the Finnish Institute for natural resources „Luke“, held a training on sustainable supply chains for woody
International Investment Conference SEE ENERGY - Connect & Supply III, 6-7 October 2021: International Investment Conference: SEE ENERGY- Connect & Supply III, 6-7 October 2021 Event announcement: The third International Investment Conference with business meetings - SEE ENERGY Connect & Supply III 2021 will be held on 6th and 7th October, 2021 in Novi Sad, hotel "Sheraton". This
BioRes – Sustainable Regional Supply Chains for Woody Bioenergy: German Governmental Organization for international cooperation GIZ partnered with eight other organizations, including the National Biomass Association SERBIO, launched a project to support the creation of sustainable regional model for the supply of wood biomass in Croatia, Bulgaria and Serbia. The
BIORES: study tour, training of trainers and the Steering Committee of the project: Between November 29th and December 4th a study tour was held, combined with training of trainers and the Steering Committee of the project. Participants of the study tour were representatives of organizations and companies interested in forming a Biomass logistic and
Latest issue of Revolve Magazine published the article about untapped potential of biomass in Western Balkans: https://issuu.com/revolve-magazine/docs/re23
BioRes Project introduced on the Agriculture Fair in Novi Sad: The BioRes Project „ Sustainable Regional Supply Chains for Woody Bioenergy“, implemented by SERBIO, was presented on Mai 12th on the International Conference: Promotion of renewable enrgy sources: Biomass in Agriculture.    The presentation of the project can be downloaded here.
Biomass Online Center: Прикажи Моја сачувана места на већој мапи   Capacity building for forming Regional centers for the distribution of biomass.

Germany in 2016 received a third of electricity from RES 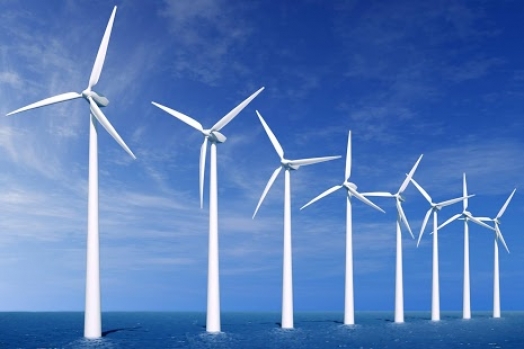 In 2016, Germany has been using more renewable energy sources (RES) than ever before, and almost a third of the electricity has received from the RES, writes portal Renewable Energy World.

The article stated that, according to the analysis of the German Association for the energy industry (BDWE) and the Center for Solar Energy (ZSW), Germany received 32% of electrical energy from the sun, wind and other renewable energy sources. More specifically, Germany has received 191 billion kilowatt hours from RES in the last year, which is a significant increase compared to 187 billion kilowatt hours produced in the previous year.

According to the plans of the German government, the share of renewable energy in electricity production is expected to reach a level of 35% by 2020, and this country is clearly on the right track to achieve this.