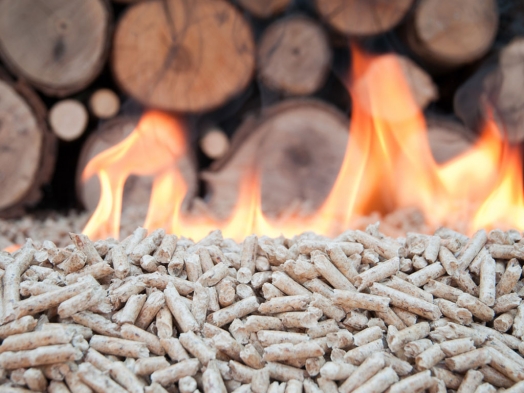 Provincial Secretariat for Energy and Mineral Resources announced, at the end of August, a public call for the study spatial distribution of dedicated public warehouses of agricultural biomass in the territory of AP Vojvodina, and one of the goals of creating this study is what they say for "eKapija" in the Secretariat, the maximum possible utilization of this energy resource.

As explained in the provincial secretariat, the study should, among other things, contribute to establishing the precise manner in which will this warehouse be organized and operated, the locations, in which the warehouses should be, as well as the price and storage capacity.

In the tender documents for the study is stated, that Serbia, as a member of the Energy Community, is tasked to follow the energy policy of the European Union (EU), which, among other things, implies an obligation to reduce emissions of greenhouse gases, which, in addition to increasing energy efficiency, implements the use of renewable energy.

Biomass as an underutilized resource

Biomass, as stated in the tender documents, is the greatest potential of renewable energy in Serbia, especially in Vojvodina, where in the northern province is the greatest amount of crop residues available. The question is how to make use of this potential in the best way, in the country or abroad. One task is to open the biomass market, i.e. to connect those who own biomass with those who want to use it. Provincial Secretariat for Energy and Mineral Resources reviewed the formation of public warehouses for this purpose, one of which is in the final phase, in Apatin.

The construction of the warehouse enabled to perceive the possibilities and shortcomings of items of forming the warehouse and to be given a proposal for the continuation or cessation of activities and seek of new solutions, and the study should contribute to making acceptable and cost-effective solutions.

The aim of the study was to assess the need and the possibility of storage of biomass, primarily crop remains in the AP Vojvodina, with primary purpose of its utilization as a renewable energy source. Warehouses should enable the development of the biomass market and encourage wider use. The study should also identify the needs and opportunities of storage, problems and potential solutions, weighing the operational costs.

As a target group, whom the study is dedicated to, were the Provincial Secretariat for Energy and Mineral Resources, agricultural enterprises and large farms, family farms, potential investors in power plants with high capacity (heating plants, biogas plants, producers of biofuels, etc.) and the Republic of Serbia defined.

- Storaging agricultural biomass involves separation of larger area, which must be used for that particular purpose. If we bear in mind that agricultural biomass is collected in a short period of time after the harvest, and that it must be stored throughout the year, it is clear that the mere storage area must be large - said Milijić  for "eKapija".

He recalls that the Rulebook on fire protection in agriculture (Sl.gl.SFRJ 27/184)still applies, which defines the storage of straw - stack height, wider spacing between the stack and the heap of straw and facilities.

- If we take into consideration the necessary quantities of agricultural biomass, as well as mandatory measures for fire protection, we come to the surface of 5-6 ha for 10,000 tons of straw or more. It is hard to expect that private landowners would be willing to set aside fertile area for storage at no charge. On the other hand, closed storage require large investments. When the foregoing is taken into account, I think that it is a very important initiative to establish a public warehouse for agricultural biomass because it is one of the measures, that could ensure longer the increase of the use of agricultural biomass - says Milijić.

When asked whether such warehouses could be deployed to the rest of Serbia, he said that only Vojvodina has a real potential for using agricultural biomass. He explained, that the use of agricultural biomass to be profitable, it must be mobilized efficiently and cheaply - and that means efficient equipment on flat terrain and large areas. This, he says, can only be achieved in Vojvodina, because of the structure of the land tenure and the characteristics of the terrain. In addition, in Vojvodina there are developed agricultural enterprises, that can easily invest in machinery and implement logistics solutions related to the mobilization of agricultural biomass.

- In other parts of Serbia, we have wood biomass as something that can be used, and warehouses of biomass are certainly needed. The National Biomass Association SERBIO is currently conducting the BIORES project - Regional Sustainable Supply Chains for Woody Bioenergy with several partners from the EU, funded by Horizon 2020 Fund of the European Commission, which aims to establish Biomass Logistic and Trade centers in several municipalities in Serbia - said Milijić.

Talking about the need for public warehouses of agricultural biomass in Serbia, Milijić estimates that they are necessary, but it all depends on where such warehouses are to be established, what kind of areas it will take and how much investment is required for them.

- In this regard, I consider that, in defining the location of warehouses it is necessary to look at the potential consumers, that intend to replace fossil fuels with biomass. In addition, it is necessary to bear in mind the potential investors in biomass power plants. Of course,the transport of biomass to major customers abroad should also be taken in considerationd, but the longer transport of cheap and bulky goods can hardly pay off - says Milijić.

The significant potential of biomass in Serbia

Speaking about the Serbian potentials in terms of biomass as a resource, Milijić points out that, according to some data, the potential is about 3.3 Mtoe (million tonnes of oil equivalent), of which some 1.7 Mtoe in agriculture and the rest in the timber. However, he adds, whit the the real exploitable potential, the cost of mobilization of biomass must be also taken into consideration, but the potential is significant.

- On the other hand the potential is to a great extent unused or inefficiently used. Serbia has only one heating plant that uses biomass (Sremska Mitrovica, sunflower husk) and only two biomass power plants have an energy agreement, but they are still far from realization. Again, a significant amount of firewood is used inefficiently or it is used for the production of pellet and plywood, which are mainly exported. In the end, instead of using the exported biomass, we import fossil fuels - concludes Milijić.