Video of the 2020 conference
Monday, 05 July 2021 14:54
Popular:
Sustainable use of biomass and Biomass Logistic and Trade Centers (BLTCs): On September 10th 2015 in Bajina Basta there was a workshop on "Sustainable use of biomass and Biomass Logistic and Trade Centers (BLTCs)“, jointly organized by two projects aimed at establishing the preconditions for sustainable use of biomass in Serbia. The
The International Conference "Biomass - potential for growth" has ended: In the organization of the Assembly of AP Vojvodina, the Assembly of European Regions (AER) and the National Biomass Association SERBIO, more than 200 domestic and foreign participants, representatives of various levels of government, experts in the field of energy,
The Steering Comitte of the BioRes project and a workshop on informing users of woody biomass: On April 13th and 14th, the fifth meeting of the Steering Committee of the BIORES Project - Sustainable Regional Supply Chains for Woody Bioenergy was held, organized by the Regional Energy Agency of Northwest Croatia. The main topics of the meeting,
Site of the BioRes project is launched: A site of the BioRes project is launched. The latest information about activities of the project, results, events as well as other usefull information related to woody bioenergy and Biomass Logistic Centres you can find here.
VAT reduction for pellets and briquettes: According to the Draft Law on Amendments to the Law on Value Added Tax, the trade and import of wood briquettes and pellets are going to be taxed at a special VAT rate of 10%. According to the proposal, which is
BIORES project presented at the annual conference of Serbian Heating Plants: This year annual conference of heating plants in Serbia took place in Zlatibor mountine on May 27-30. This was an opportunity not only for heating plants but also for all the subjects in heating power production chain to present themselves. BioRES
7th MEETING OF THE BioRes SC: The seventh meeting of the BIORES project Steering Comittee took place from January 30th to February 1st in Plovdiv (Bulgaria). The meeting was attended by all project partners, who thoroughly analyzed the progress on all project activities during the two-day
SAVE THE DATE - VISIONS OF BIOENERGY: WHAT ?Come and hear about Europe’s visions of bioenergy, from both the institutional and the grassroots perspectives. Organised by AEBIOM, in the frame of the BioRES project, Visions of Bioenergy - Bringing Local Initiatives to Brussels gives you the opportunity
Biomass – ecological and economical heating, which Serbia has yet to meet: The National Biomass Association SERBIO held the latest in a series of this year's information days on which citizens of Serbia got to know the possibilities and advantages of biomass heating. It was held in the framework of the Novi
Eight biomass associations signed the declaration of Graz: The CO2 tax as a key tool for a successful energy transition From 18th to the 20th of January, the world's leading experts on bioenergy from forestry and agriculture, electrical and thermal energy, mobility and science met at the 5th Central-European

"Green technologies" in the EU and Serbia 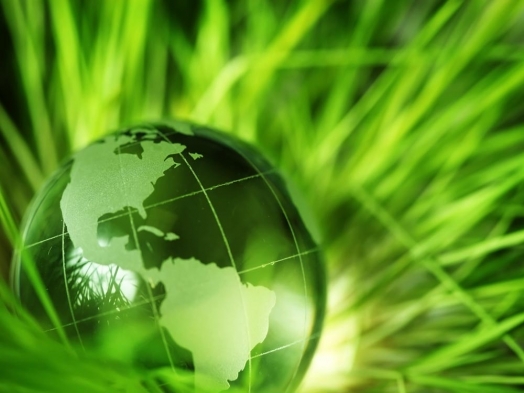 Ecology is becoming increasingly profitable area as evidenced by billions invested in that area and millions of new jobs. "Green technologies" form 2.5 percent of the GDP of the European Union, and have brought 3.5 million jobs and are in constant development, according Economics online.

Serbia, on the other hand, allocates only 0.4 percent of gross domestic product for ecology, and experts say that anything under 1.5 percent is insufficient for the investment in the improvement of environmental quality. It is estimated that Serbia, which wants to join the EU, will have to invest about 10 billion euros in environmental projects in the next decade, according to the text.

In the negotiations with the EU, Chapter 27 which deals with environmental issues and climate change obliges Serbia to invest in the field of ecology. Of the total amount of assistance from pre-accession funds, which Serbia has received from the EU in the past fifteen years, a quarter has been devoted to environmental protection.

Since 2000, Serbia has invested nearly 700 million euros in environmental projects, of which have benefited more than one million citizens through a better supply of clean water and waste management services, cleaner air, safer management of hazardous chemicals, but also indirectly, through better general regulations in this area.

Compliance with stringent EU directives on ecology entails significant investments, which represents an economic potential. In fact, investment in infrastructure of "green technology" and circular economy opens up the possibility for new jobs. It is estimated that Serbia will need 10 billion euros for investments in environmental protection in the next decade. Most will be invested in water management, both in the water and wastewater treatment, as well as in the rehabilitation of industrial pollution and more efficient waste management, and funding will be provided through a variety of collaborative projects with the help of the EU. It is estimated that 150,000 jobs would be created in the next five years, through various branches of the "green economy".